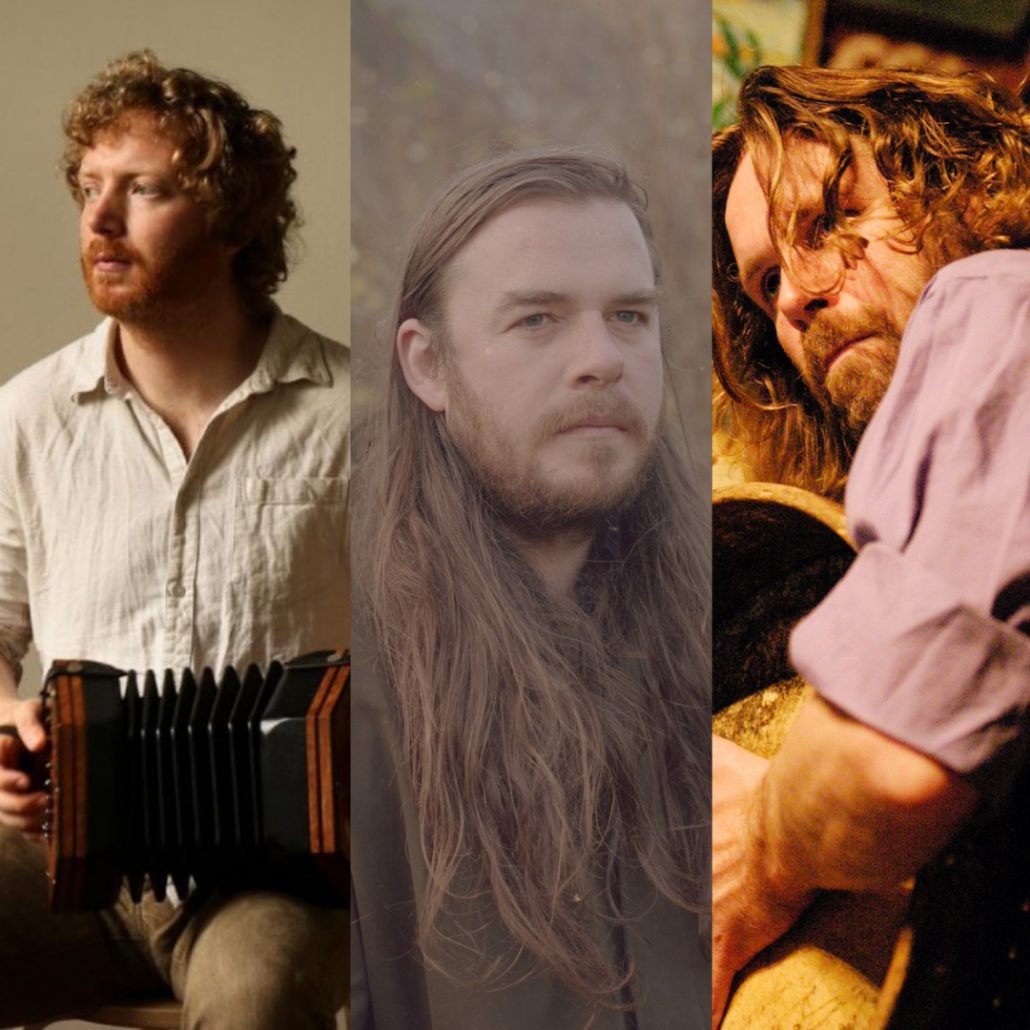 Joined on the night by solo bass, baritone, treble and piccolo concertina player from West-Kerry Cormac Begley. Coined as one of the leading lights within Irish traditional music, Begley plays in a range of collaborations with Liam O Connor, Caoimhín Ó Raghallaigh, Rushad Eggleston, Liam Ó Maonlaí and Lisa O’Neil and Ye Vagabonds. He was nominated for the RTE Radio 1 ‘Folk Instrumentalist of the Year’ in 2019 and his debut solo has received nine 5-star reviews and was shortlisted for the Irish Times Album of the Year 2018.

John Francis Flynn is a singer and multi-instrumentalist whose work centres around traditional and folk material. He is a founding member of the band, Skipper’s Alley, with whom he has toured extensively throughout Europe and America. Flynn scooped two awards last week at the RTE Folk awards for ‘Best Emerging Artist’ and ‘Best Folk Singer’.

Hothouse Flowers frontman Liam Ó Maonlaí is currently on tour in Spain & Portugal. O’ Maonlai has toured the world with his band and in more recent years released his debut solo album ‘Rian’ which received high acclaim. Ó Maonlaí recently performed alongside the Irish Chamber Orchestra at Féile Classical in Dublin’s 3Arena with Something Happens, An Emotional Fish, the Frank & Walters and Irish Women In Harmony.