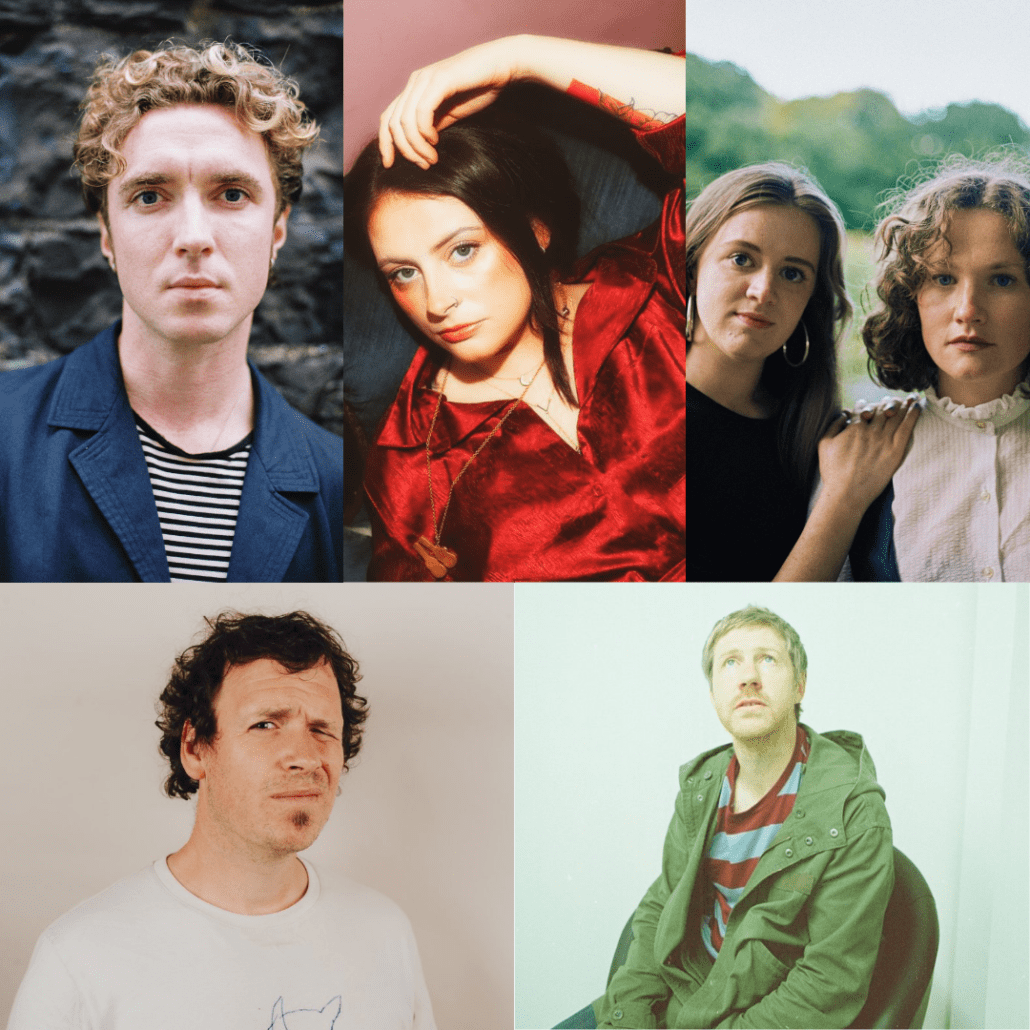 David Keenan’s most recent album, ‘What Then’ was released in October, a follow up from his debut & highly acclaimed ‘A Beginners Guide To Bravery’.  He also released a full-length concert film and documentary – Alchemy & Prose. His Top 10 songs on Spotify already have enjoyed more than 20 million combined plays. He has recently performed at Other Voices, St. Luke’s Glasgow, Cork’s Cyprus Avenue and toured Germany & Holland.

Presented by Rollercoaster Records, also performing on the night is singer-songwriter Elise is Kilkenny born and based. Her recent release ‘Ragdoll’ is a dark and poetic alternative folk-pop song about self-reflections and has received high acclaim since it’s release earlier this month.

Over the last few years, Malojian has released 4 stunning solo albums, along the way collaborating with some musical legends, including Steve Albini, who earned his chops producing Nirvana, The Pixies etc.; Joey Waronker (Beck, R.E.M., Atoms For Peace, Roger Waters); Gerry Love (Teenage Fanclub); Jon Thorne (Yorkston/Thorne/Khan, Lamb) and more. But it’s Malojian’s own voice and songs that sets him apart from the crowd.

Malojian’s 5th album HUMM, which is a collaboration with Grandaddy’s Jason Lytle, was released during lockdown 2020 and was shortlisted for the NI Music Prize.

Lemoncello are like two halves of a whole. Laura Quirke and Claire Kinsella met in University, and bonded over their mutual love of close harmony and vulnerability in songwriting. Kinsella is an intensely proficient cello player, while Quirke’s voice has grown into its own character over time. Together, they have a stunning blend. (EARMILK, 2020)

The duo’s ‘intoxicating…ramshackle and sassy’ live shows, (The Journal of Music, 2020), have brought them to perform iconic stages like Other Voices, CCI Paris, and Irish Arts Centre, NYC, lead them to be featured as one of The Irish Times ‘Bands and Singers to Watch for in 2019’ and nominated as ‘Best Emerging Folk Act’ in the RTÉ Radio 1 Folk Awards 2019.Oil and Water (2020) is their latest release 4-track release.

Seamus Fogarty is an Irish alt-folk and electronica alchemist originally from County Mayo. Seamus Fogarty released his 3rd album ‘A Bag of Eyes’ in November 2020 incorporating synths and drum machines into his music.

Tickets: €10 available from Rollercoaster Records www.rollercoasterrecordskk.ie and in-store. All proceeds from tickets to Amber Women’s Refuge and the O’ Neill Centre.